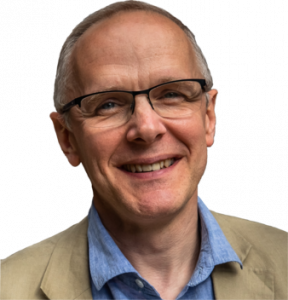 Marc Sevaux is a Professor at the Université de Bretagne-Sud (Lorient, France). From 2008 to 2010 and from 2016 to 2020, he serves as deputy director of the Lab-STICC Laboratory, a CNRS-affiliated laboratory (UMR 6285). He teaches graduate courses in Operational Research and Computer Science at the Faculty of Science and at the Engineer School of South-Brittany (ENSIBS). He was the head of the Science and Technology dept. from the Faculty of Science from 2006 to 2010.

He received his Ph.D. degree in 1998 from the Pierre and Marie Curie University (Paris VI) and conducted his doctoral research at the Ecole des Mines de Nantes in the Department of Automatic Control and Production Engineering. He defended his Habilitation in July 2004 at the University of Valenciennes in the LAMIH laboratory, Production Systems department. Prof. Marc Sevaux is primarily interested in combinatorial optimization research, particularly in developping generic solving methods for optimization problems. After working several years in production planning and scheduling, he has worked on routing problems, and on various optimization problems from electronic design. He is now interested in collaboration with industries and work on different problems such as wireless sensor networks, target tracking, integrated planning and scheduling, warehouse management, routing, etc. His favorite tools are linear and integer programming, heuristics, metaheuristics, matheuristics and now combination of AI techniques and OR.

Since January 2021, Prof. Marc Sevaux is the President of EURO. He has served EURO as Vice-President 2 in charge of Working Groups and Mini-EURO Conferences from 2007 to 2011. EURO is the association of European Operational Research Societies. It counts 29 society members all over Europe. EURO goal is to promote Operational Research throughout Europe. He has also served as programme committee member of two EURO-k conferences (Rhodos Island in 2004 and Vilnius in 2012) and has been appointed as the Program Chair of the EURO/INFORMS conference in Rome, in July 2013. Marc Sevaux is the coordinator of the EU/ME the metaheursitics community (together with Kenneth Sörensen), an EURO Working Group, which he had co-created with Kenneth Sörensen and Christelle Wynants, after the Euro Winter Institute XVIII (Lac Noir, Switzerland, March 5-17, 2000). This group offers an excellent opportunity to discuss important and recent issues in Metaheuristics.