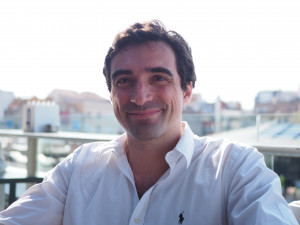 Alexandre Reiffers is an assistant professor at IMT Atlantique (Brest). He was previously a post-doctoral fellow at Robert Bosch Centre for Cyber Physical Systems. He received the B.Sc. degree in mathematics (2010) from the university of Marseille, the master degree in applied mathematics (2012) from the university of Pierre et Marie CURIE and the Ph.D. degree in computer science (January 2016) from the INRIA (National research institute in computer science and control) and the university of Avignon. His supervisors were Eitan Altman and Yezekael Hayel. From July 2016 to December 2017, Alexandre Reiffers was a researcher at SafranTech where he was working on comparison of maintenance strategies.

Most of his research projects concern the application of mathematical tools (game theory, optimization, stochastic process and machine learning) for a better understanding of real-world problems. The different issues that he studies touch topics such as networks, economy and manufacturing.