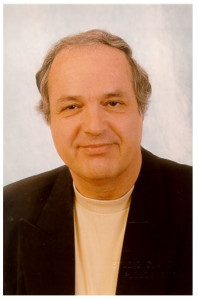 Michel M. Ney received the Engineering Diploma from the Swiss Federal Institute of Technology of Lausanne (EPFL), Switzerland in 1976 and then obtained his M.Sc. degree from the University of Manitoba, Canada, in 1978. After working two years at the Laboratory of Electromagnetism and Acoustics (LEMA) at the EPFL as a research engineer, he pursued his studies and obtained his Ph. D. degree in 1983 from the University of Ottawa, Canada where he started his academic career as an assistant professor. He spent his sabbatical year at the Swiss Federal Institute of Technology as a Guest Professor in 1989. Professor Ney was "Thrust Leader" of the EMC/I team of the Telecommunication Research Institute of Ontario (TRIO) from 1991 to 1993. He became a full professor in June 1993 and shortly after joined the Mine-Telecom Institute ("IMT Atlantique", previously "Telecom Bretagne") a graduate engineering school in Brest, France. Professor Ney is a member of the Editorial Board of the International Journal of Numerical Modelling: Electronic Networks, Devices and Fields (John Wiley) since 1987. He was Head of the Laboratory for Electronics and Communication Systems (LEST) associated to the French National Research Council (CNRS) from 1998 to 2007, and President of the French URSI Commission B "Field and Waves" from 2007 to 2009. Professor Ney was a member of the Advisory Board of the Annals of Telecommunications (Springer) until 2016 and a member of the permanent Scientific Committee of the International Colloquium and Exhibitions on Electromagnetic Compatibility (in French) from 1993 to 2018. He was elected "Fellow"  of the IEEE for "contributions to modeling in electromagnetics" in 2011. Professor Ney is now Emeritus at the IMT Atlantique since 2018. He has authored or co-authored over 300 scientific papers in international journals, conferences and 20 book chapters. Presently, his research interests include theory and computational electromagnetics in time domain with applications mainly focused on antenna, dosimetry and multi-physic problems  (complex media). Professor Ney is "Life Fellow" of the IEEE since 2016.