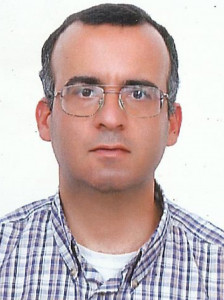 A. Mansour received his M.S degree in the electronic electric engineering on September 1992 from the Lebanese university, his M.Sc. and Ph.D. degrees in Signal, Image and Speech Processing from the "Institut National Polytechnique de Grenoble - INPG (Grenoble, France) on Jully 1993 and January 1997, respectively, and his HDR degree (Habilitation a Diriger des Recherches. In the French system, this is the highest of the higher degrees.) on November 2006 from the Universite de Bretagne Occidentale -UBO (Brest, France).

From August 1997 to September 2001, he was a researcher at the Bio-Mimetic Control Research Center (BMC) at the Institut of Physical and Chemical Research (RIKEN), Nagoya, Japan.

From February 2008 to August 2010, he was a senior-lecturer at the Department of Electrical and Computer Engineering at Curtin University of Technology (ECE-Curtin Uni.),Perth, Australia.

During January 2009, he held an invited professor position at the Universite du Littoral Cote d'Opale,Calais, France.

From September 2010 till June 2012, he was a Professor at University of Tabuk, Tabuk, KSA.

Since September 2012, he has been a Professor at Ecole Nationale Supérieure de Techniques Avancées Bretagne (ENSTA-Bretagne), Brest, France.

His research interests are in the areas of blind separation of sources, high-order statistics, signal processing, cognitive radio, robotics and telecommunication.

Finally, Dr. Mansour was elected to the grade of IEEE Senior Member in February 2006. He has been a member of Technical Program Committees (TPC) in many international conferences. He was chair, co-chair and a scientific committee member in various international conferences. He is an active reviewer for a variety of international journals in different engineering fields. He was a Lead Guest Editor at "EURASIP Journal on Advances in Signal Processing - Special Issue on Signal Processing Methods for Diversity and Its Applications".