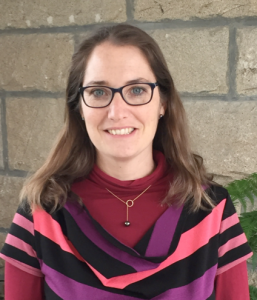 Rozenn Allanic was born in Brest, France, in 1980. After a successful resumption to studies in 2009, she received the Electrical Engineer degree and the PhD degree in electrical engineering from the University of Brest, France, in 2012 and 2015, respectively. In 2016, she joined the Lab-STICC Group, University of Brest, as a Post-Doctoral Researcher to become a Researcher in 2019.
Her current research interests include modelling and co-design of tunable microwave devices (switches, filters and antennas) on semiconductor substrates. The concept is to design distributed doped areas as active elements in a same time as the passive components in order to obtain reconfigurable or tunable devices. She is in charge of a project on tuneable RF Antennas based on semiconductor distributed doped area (An-DRO). She also works on 2D and 3D antenna arrays for beam steering in planar and additive technologies.
She was invited to present her works in International Conference on Smart Materials, Structures and Systems in 2017. She served as a session chair for Asia Pacific Microwave Conference in 2017 and 2018 and as reviewer for Asia Pacific Microwave Conference, European Microwave Conference, International Journal of Electronics, Microwave and Wireless Components Letters and Microwave Theory and Techniques.